TCF3 and TCF4 are maintainer of skin epithelial stem cells

Thursday, January 23, 2014 | By Unknown
TCF is a family of DNA binding proteins, which are participating in the overall embryo development and in particular in epithelium's   development. The member of TCF family, TCF3, works together with WNT signalling in order gastrulation to proceed.  However, it was thought that after development TCF3 remains only as marker of follicle stem cells and works only with combination with WNT-signaling pathway  during wounding, induces the epidermis to undergo de novo hair follicle morphogenesis.

Recently the team of Dr. Nguen from the Rockefeller University Tcf3 and Tcf4 are the key transcription factors to maintain long-term epidermal homeostasis. Overall, Tcf3 and Tcf4 may be essential for establishing and maintaining all skin epithelial stem cells through Wnt-dependent and Wnt-independent roles. 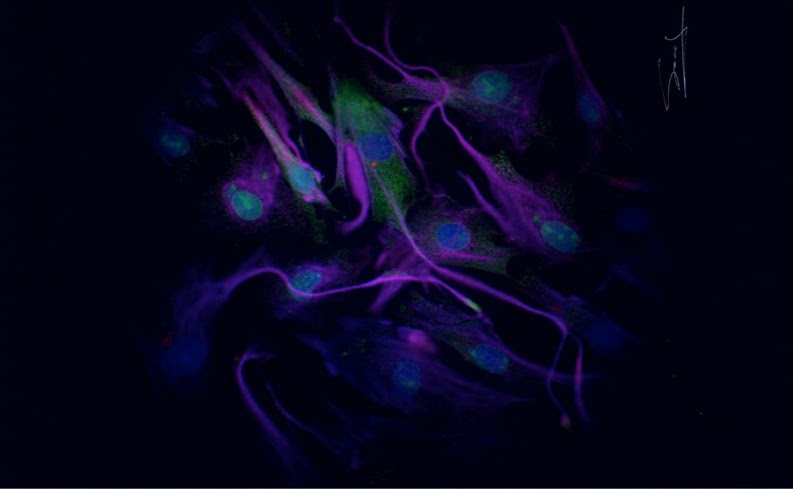 Saturday, January 18, 2014 | By Unknown
Changes in gene expression are associated with numerous biological processes, cellular responses and disease states. However, elucidating the transcriptional features of aging and how these relate to physiological, biochemical and pathological changes with age remains a critical problem.

Considering the number of aging gene expression studies conducted to date it is impossible to analyse them without means of bioinformatics. Because the underlying molecular mechanisms of aging remain a subject of debate,  whether independent transcriptional programs can drive aging in different tissues is unknown. Previous results suggest that most genes differentially expressed with age in a given tissue are not genes specifically expressed in that tissue, suggesting that only a small fraction of transcriptional responses are tissue-specific.

These differentially expressed genes may serve as a basis for further studies, for example, for deriving reliable biomarkers of aging.

Sunday, January 12, 2014 | By Unknown
Everyone, who is interested in ageing, knows that autophagy is very important cell process, that helps to keep cell free from unnecessary or dysfunctional cellular components.

Cell research journal gives us a unique opportunity of free access to its special issue about autophagy. Enjoy! 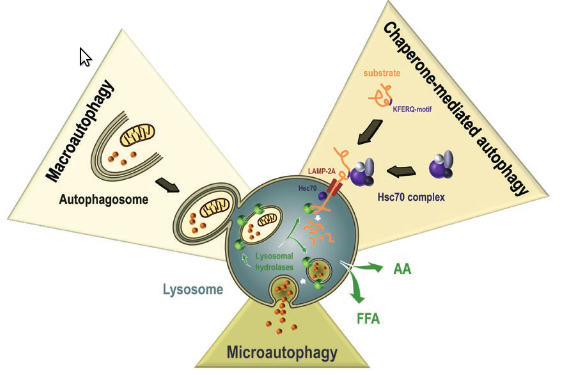 Friday, January 10, 2014 | By Unknown
It is widely known that heart wounds are difficult to repair. Due to constant heart moving it is very complicated to hold wound's edges together in order to provide the contact and ability to repair the muscle. Previously threads and staples were used in such situations.  Of course, they are not a best solution, because damage of the muscle occurring during theirs usage.

Now it seems that the era of  threads and staples is coming to the end. Scientists from Harvard Medical School created a special glue, which is able to stick together the edges of a wound and after solidification to expand and contract with the heart muscle. Thus surgeons do not need any more threads and staples! Remarkably, that the glue can be applied not only to the heart wounds, but to intestines and blood vessels too. 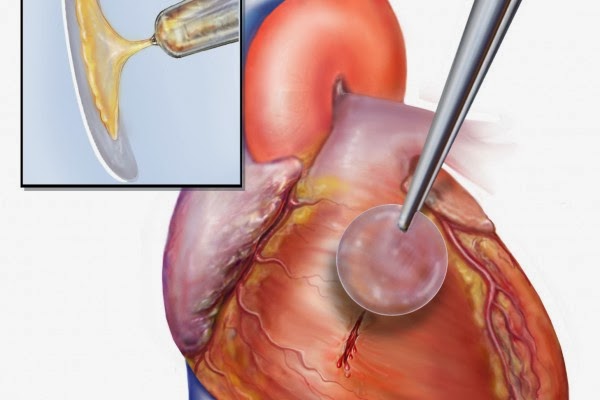 p16INK4A is a biomarker of skin ageing

Friday, January 10, 2014 | By Unknown
Senescent cells  lose theirs ability to replicate mainly due to increased expression of proteins-cell cycle regulators, called cycle check point proteins. p16INK4A is one of the such proteins. Recently, a study showing a  p16IK4A as a biomarker of ageing was published in Journal of investigative dermatology.

Dr. Adamus and colleagues showed that expression of the p16INK4A increases significantly in the basal layer of human epidermis and in dermal fibroblasts during the ageing process, confirming that p16INK4A is a biomarker of skin ageing. Also the scientists demonstrated the possibility to revert aged phenotype to a younger one and vice versa by controlling expression of the protein.

First, they induced over expression of  p16INK4A and observed a dramatic alterations in phenotype. Cultures with increased p16INK4A expression showed significant atrophy and other signs of ageing progression.

Second, Dr. Adamus and colleagues silenced the expression of  p16INK4A, after that morphology of aged culture was improved significantly and resembled that of a much younger donor.

Thus, it was experimentally confirmed that aged skin phenotype could be improved by slowing down  the expression of p16INK4A.

Wednesday, January 08, 2014 | By Unknown
Dr. Chang from Stanford School of Medicine showed the unique effectiveness of  broadband light treatment on skin aging. BBL, also known as intense pulse light, is a commonly available and popular method to ‘‘rejuvenate’’ the skin. BBL uses a broad band of noncoherent light waves, ranging from 560 to 1,200, which are absorbed by different molecules in skin. According to the American Society for Aesthetic Plastic Surgery, over $215 million dollars were spent in the United States in 2009 on these procedures.

The study showed that BBL induces skin rejuvenation on molecular level, i.e., the pattern of genes' expression more closely resembles younger skin. However, the molecular changes that are induced by this treatment are still to be unclear. 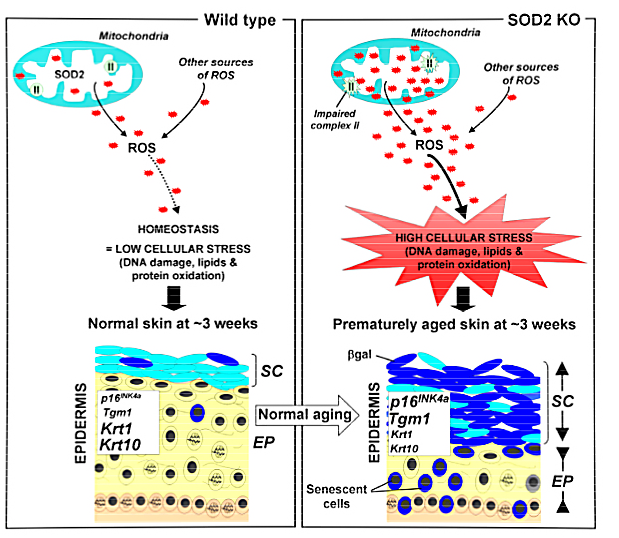