Recently the famous aging conference, SENS6, took place at Cambridge. Unfortunately,I could not attend it, but my friends and colleagues, Yana Aznaurova and Anastasia Shindyapina were happy to took part in it and to share their impressions.

Anastasia Shindyapina was the youngest speaker in this conference, and gave a talk about the bioinformatic analysis of factors involved in age-related mineralization of soft tissues. I think this is a topic worth to study and Anastasia and her team made greate work.

Also, one more speaker from our First Open Institute for Regenerative Medicine for Young Scientists. This was Alex Zhavoronkov, one of the co-founders of the Institute. He introduced our economic work called "New economic arguments for accelerating aging research". Although general public might not understand all formulas, but speech was great and the audience liked it.

I hope I can attend SENS7 next year=) 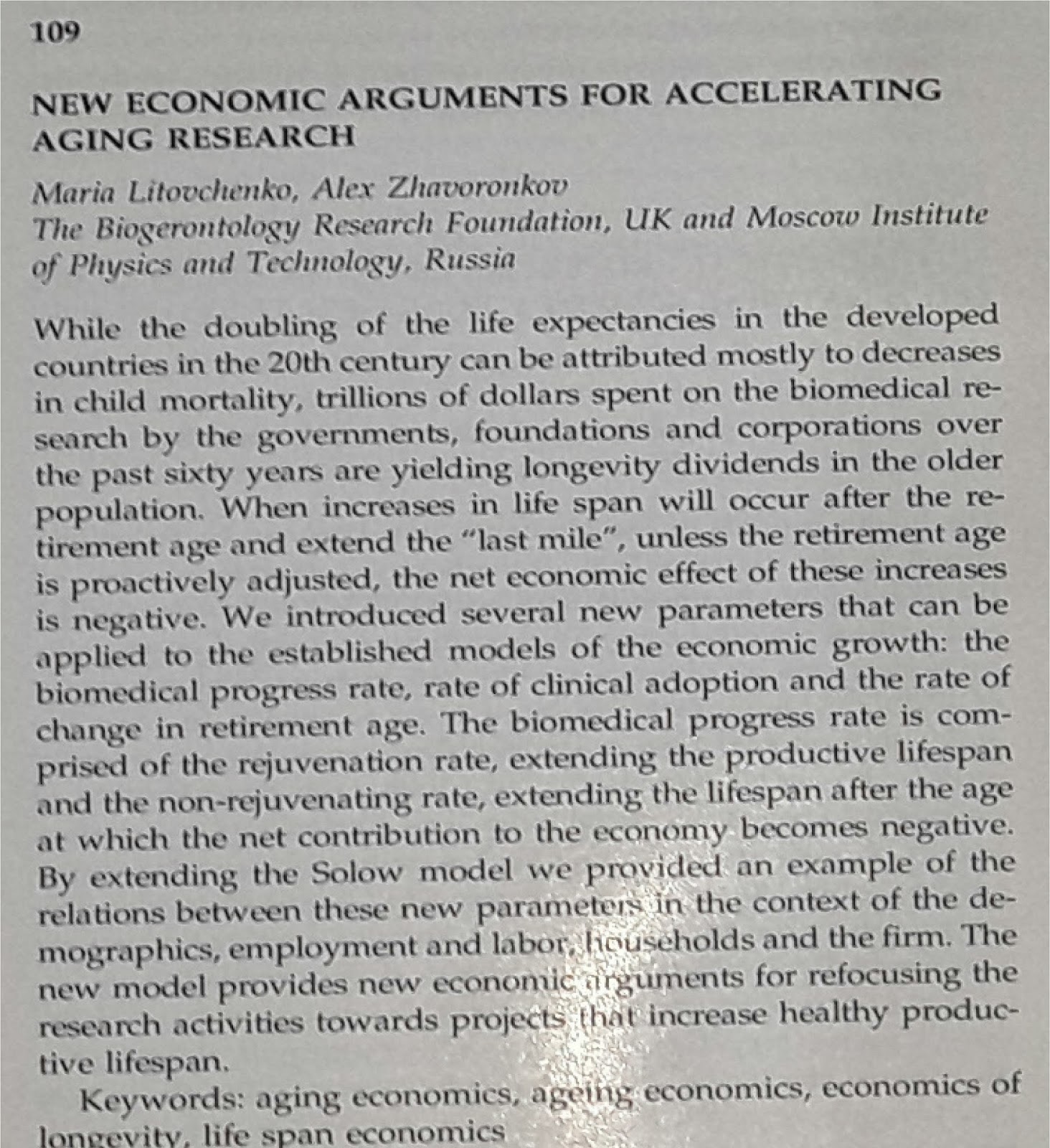 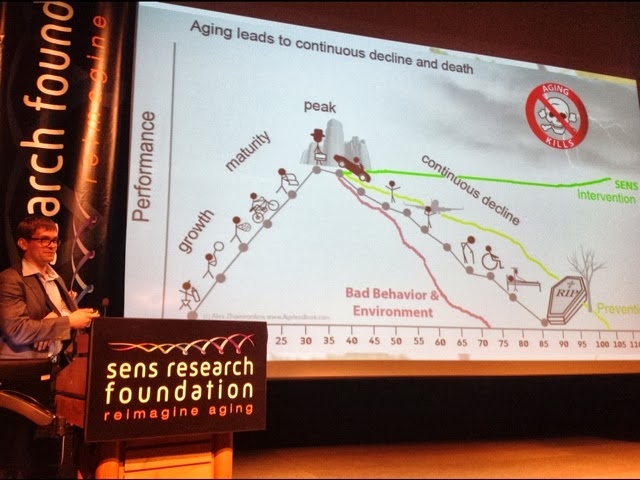 Monday, September 09, 2013 | By Unknown
Mathias Jucker and Lary Walker outline the emerging concept that many of the brain diseases associated with aging, such as Alzheimer's and Parkinson's, are caused by specific proteins that misfold and aggregate into harmful seeds. These seeds behave very much like the pathogenic agents known as prions, which cause mad cow disease, chronic wasting disease in deer, scrapie in sheep, and Creutzfeldt-Jakob disease in humans.
Unlike prion diseases, which can be infectious, Alzheimer's, Parkinson's, and other neurodegenerative diseases can not be passed from person to person under normal circumstances. Once all of these diseases take hold in the brain, however, it is increasingly apparent that the clumps of misfolded proteins spread throughout the nervous system and disrupt its function.
The authors were the first to show that a protein that is involved in Alzheimer's disease -- known as amyloid-beta -- forms prion-like seeds that stimulate the aggregation of other amyloid-beta molecules in senile plaques and in brain blood vessels. Since then, a growing number of laboratories worldwide have discovered that proteins linked to other neurodegenerative disorders also share key features with prions.
Age-related neurodegenerative disorders remain stubbornly resistant to the discovery of effective treatments. Jucker and Walker propose that the concept of pathogenic protein seeding not only could focus research strategies for these seemingly unrelated diseases, but it also suggests that therapeutic approaches designed to thwart prion-like seeds early in the disease process could eventually delay or even prevent the diseases. 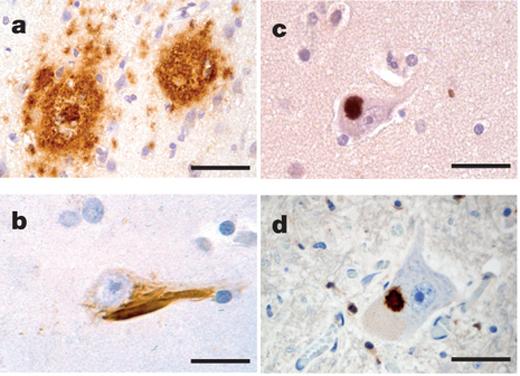 Children with Disease of Never Aging May Offer Clues to Immortality

Monday, September 09, 2013 | By Unknown
Unfortunatelly, science now  remain very far from interventions that can eliminate the aging process.
A story has recently entered the news about a rare disorder in which children don’t appear to age.  The punchline of this story is perhaps this disease holds the clue to immortality (or close to it). An eight year old girl in Montana named Debbie is said to have not aged since birth.  She weighs about 12 pounds and has only recently moved into the 3-6 months clothes size.  Her condition is so rare it isn’t yet named.
There are a handful of other people like her in the world including a 29 year old Florida man who appears to be 10 years old.Researchers don’t know what genetic flaw or mutation is severely slowing the aging process in these individuals, but unfortunately it also makes them deaf and mute.The scientist studying them believes it might be possible to find the genetic switch that is stopping aging and to one day turn it on (or off) in normal adults.It certainly makes the most sense that aging is evolutionarily and thus genetically determined. 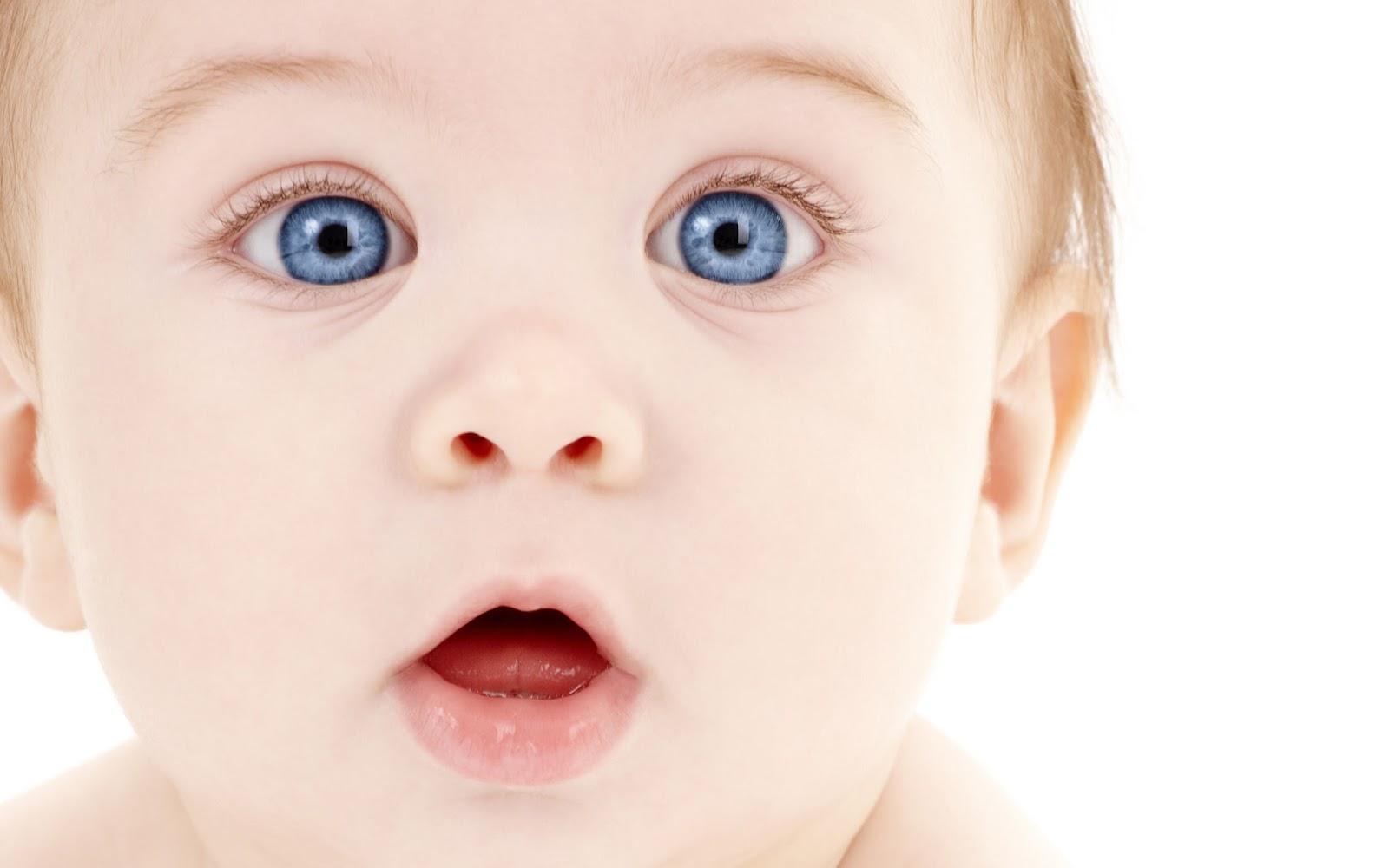